The anatomy of populism

We reflect on some of the most important and potentially destabilizing political leaders and events of recent times. Trump, Salvini, Bolsonaro, and the driving forces behind the Brexit – but not only them – are figuring in a political phenomenon that, while threatening for some, is a reason to hope for something different and better for others. Be that as it may, the terms “populism” and “populist” have taken on such pre-eminence in the public debate that they have become a genuine catch-all, a label attributed to all types of parties, movements and attitudes across the ideological spectrum and at different historical stages, with a profusion that very much undermines their meanings and makes them difficult to understand.

The result of the need to understand and to address the issue has led to the production of tons of literature of mixed quality and depth. In the wake of the enormous interest it raises, political scientists, journalists, philosophers, sociologists and economists have traced genealogies and established taxonomies for the phenomenon in its different manifestations and in different latitudes. For this review, we look at a bibliographical selection comprising four authors and three books: El pueblo contra la democracia: por qué nuestra libertad está en peligro y cómo salvarla (The People vs. Democracy: Why Our Freedom Is in Danger and How to Save It), by Yashca Mounk; Cómo mueren las democracias (How Democracies Die), by Steven Levitsky and Daniel Ziblatt; and El regreso liberal: Más allá de la política de la identidad (The Once and Future Liberal: After Identity Politics), by Mark Lilla. The three books are among the leading texts on populism in the current Spanish-language literature. Their authors’ different perspectives are complementary and sometimes controversial, but well founded. While Mounk offers us a macro-analysis of the socio-economic evolution that has led us to this point, Levitsky and Ziblatt explain – via a comparative historical analysis – the way in which populism undermines democracy from within, and the role of institutions and political actors in these processes. On the other hand, Mark Lilla analyses a specific case. From a more militant perspective, he studies the debacle of the Democratic Party and the absence of a liberal vision of society in the face of the United States’ extreme right wing.

While these lines were being written, a very real and tangible consequence of what has been called “populist policies” has begun to materialize: the United Kingdom is leaving the European Union. Its leaders acknowledge the damage to the British economy caused by the Brexit, estimated at 3.9% of GDP for 15 years, in the event of an agreement, and 9% if none is reached. Beyond the noise, political decisions – populist or not – have real consequences. What is going on? Are we experiencing a “populist moment” or are we rather entering a long-term “populist period”?

The path to date:

Following the fall of the Soviet Union, it was believed that the final triumph of liberal democracy worldwide would be simply a matter of time. This was the “end of history” predicted by Fukuyama. In the U.S., the standard of living had doubled from 1935 to1960, and again from 1960-1985. From then on, however, it began to stagnate. Following the financial crisis launched in 2007, the feeling in the U.S. and most of the West has been a frank state of regression. In addition, societies that are traditionally homogenous or that have a clear ethnic and cultural hierarchy have become distinctly multicultural societies in recent decades, where minorities no longer settle for nominal equality, and where other majority sectors perceive these changes as a threat. Finally, until yesterday afternoon, the mass media were the exclusive preserve of the political and economic elites. In Mounk’s view, this condition allowed the political establishment to marginalize extreme political views. Currently, the democratization of the media has greatly narrowed the distance between the center and the political fringe, and given space and scope to the most outlandish and radical of political views.

This general evolution of events, as Mounk explained, has challenged two fundamental general consensuses that have been deeply rooted since the end of the Cold War: neither is the stability of democracy in the world assured, nor are liberalism and democracy inseparable. In this regard, a very important drift has been pointed out: it is not just about citizens showing a growing skepticism and weariness towards liberal institutions; it is that the political elites themselves have become increasingly more isolated. Thus, apparently a kind of liberalism that respected procedures and individual rights would seemingly have been established, but at the same time, broad masses of voters seemed to perceive that their votes were worthless and that the government was not operating in accord with their desires. This breach between liberalism — with the principle of individual rights — and democracy — with the precept of the will of the people — creates tensions that are being exploited by populist alternatives.

The basic pillars of populism:

The range from Rodrigo Duterte in the Philippines to Alexis Tsipras in Greece gives us a good idea of the great complexity and diversity of the populist phenomenon. However, it is possible to identify basic principles that illustrate the populist way of seeing the world and politics:

In a certain sense – and here comes the paradox pointed out by Mounk – populist leaders would seemingly be more democratic than traditional politicians are. They would strongly believe that the principles and objectives held by an alleged social majority should be carried out at any cost, because “it is what the people want,” and no individual right or institution should oppose the overall voice of the people. Many of the major populist movements would seemingly be profoundly illiberal, argues Mounk, but not necessarily undemocratic. The map of the dispute drawn would then be among the “illiberal democracies”, which endanger individual and minority rights, and “non-democratic liberalism,” in which rights and guarantees are theoretically respected, but where democracy, in its etymological sense, would not work.

“Illiberal democracies” is nothing more than one of the possible terms coined to designate the new movements that call into question modern liberal democracy as we know it. Regardless of the parallelisms made with the dictatorships of the 1930s, the morphology and the modus operandi of the new autocrats have changed. There are practically no remaining Fascist, Communist or military governments operating as unbridled dictatorships in the West. People continue to vote, while elected presidents – under color of law– promote measures that actually subvert democracy. With the excuse of fighting corruption or improving the electoral system, they gradually undermine key institutions, make attempts to control the judiciary, or bribe and pressure the media. For many, this progressive deterioration of democracy is nearly imperceptible. Levitsky and Ziblatt use their comparative method to investigate what past politicians did wrong that opened the doors to potential dictators or, instead, what strategies they used to keep extremists away from power. The conclusions of their study reveal great similarities between seemingly very different authoritarian populisms.

The case of the United States:

As the leading world power and one of the world’s oldest and most solid liberal democracies, the rise of Trumpism in the US has become one of the cases of populism most covered by the media. Lilla, Levitsky, Ziblatt or Mounk point out the decade of 1980-90 – Reagan’s America – was a key turning point for the progressive increase of political polarization in the country to the present time. In his book, Lilla analyzes the Democratic election platform and campaign, highlighting their inability to create an ambitious and inclusive vision of the country. At the expensive of a discourse inclusive of all citizens, the American left seemingly drifted to minority identity politics, leaving the field wide open to the reactionary message of the extreme right, the message that successfully appeals to the most deep-seated feelings and fears of its voters. Mark Lilla’s essay is useful in extrapolating some lessons on political polarization and its transfer to ethnic and cultural debate; the breeding ground that Levitsky and Ziblatt pointed out as a necessary condition for the promotion of populism and the progressive death of democracies.

Although the first big wave of authoritarian populism has come to power in the United States, Hungary, Italy and Brazil (among other countries) the real political, economic and social consequences of the phenomenon – as well as a possible second wave in countries such as France or Germany – has not yet been well gauged. The same thing is true of prescribing remedies to fight it. However, Mounk proposes a joint action plan in various areas:

On the other hand, Ziblatt and Levitsky emphasize the importance of the behavior of the traditional parties’ political elite. They also address a crucial issue: if all the containment mechanisms have failed and authoritarian politicians have come to power, would the institutions be a sufficient deterrent for this type of ruler? From the perspective of a case study, will United States institutions stop the Trumpism project? The response of Harvard professors is that they are not enough on their own. Sound and concise democratic rules are required, and an active constitutional defense from the parties and organized citizens. The non-written rules – those that were key to the political stability of the United States throughout the 20th century – are also important. To wit: mutual tolerance between rival parties and the containment of politicians themselves when exercising their constitutional prerogatives. 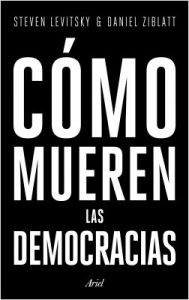 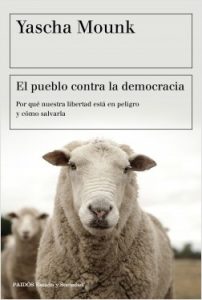 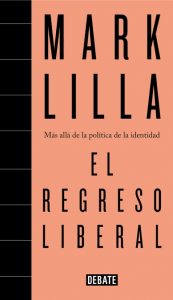