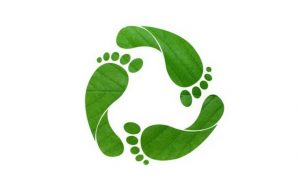 CEO Corporate Responsibility: between the activism of the CEO and the collective reputation

Generally, citizens, consumers, shareholders and society in general ask business for something more than just good products: they demand social responsibility and involvement in some of the most important social debates. How can they do this?

According to Susan MacPherson in Forbes, 2017 brought about a series of profound changes that have had a profound impact on the established discourse of organizations when it comes to “tackling social and global challenges”. Thus, companies must develop this recent activism by investing in “those issues that matter to their employees, consumers and communities”.

MacPherson highlights a series of trends for 2018 as far as corporate social responsibility (CSR) is concerned, and which, although diverse, point to a common thread. Hence, society has opened its eyes to everything concerning harassment, inequality at work and the importance of diversity. While 2017 was the year of becoming aware, 2018 must be the time to start developing specific policies for managing these problems.

Furthermore, the activism of the CEO and boards of directors will evolve. Whereas 2017 was a year in which this activism was more reactive, senior executives will now start to look more to the long-term and to actively select those actions that will have the most impact. Within this new activism, climatic resilience will play a central role as they have become aware that this will affect all businesses. All this will also be applied to suppliers, in order to effectively make the company sustainable for its employees, shareholders and its community in general.

Rich Lesser, chairman and CEO of The Boston Consulting Group, considers that 2018 could be a crucial year for CEO corporate responsibility, due to the impact of technology, climate change and social and political polarization. This is especially important for CEOs in the USA as they will benefit from tax cuts and less regulation and – for this same reason – they will be in the public scrutiny. Thus, their management will have consequences on the business and also social consequences.

People have been saying many of these things for years, but now is when people are really starting to understand that chasing profits for the shareholder in the short term is not the right strategy. This has to change and quickly, warns Lesser.

How can CEOs and Boards of Directors respond to these challenges? The CEO of BCG suggests four possible paths to start:

Extend the strategy “including social factors is not a prerequisite for obtaining good results today”. But it could be in the medium term. Lesser concludes that it is the way for businesses to win room for man oeuvre, support from investors and the capacity to operate in a highly uncertain context, with massive opportunities and challenges.

From CEO corporate responsibility and reputation to collective reputation

This shift towards corporate reputation has a unique component in each organization, but it must also bear in mind the sector the business operates in as the search for social reputation is not only an individual one. As Bachmann, Ehrlich and Ruzic point out in Vox, “the collective reputation of a group can influence the results of its members, irrespective of their individual characteristics or behavior”. In other words, a sector may have a bad reputation even if there are companies in this sector who behave irreproachably.

To test many of the hypotheses and theories developed on this issue since the seminal research of Nobel laureate Nobel Jean Tirole, authors use a “natural experiment” to test some of the hypotheses of these theories: the Volkswagen (VW) emissions scandal. Thus, they can analyses the reputational effects and results of the German car industry.

This is an interesting case because, in principle, the diesel engine scandal only affected VW, but the German car industry has always advertised itself by placing special emphasis on “German engineering”, thus creating a clear, natural reputational group.

So, the question is clear: did the reputational blow only affect VW, which, at the end of the day, was the only manufacturer involved, or did it affect all German automobile brands?

Their analysis shows that in the 12 months after the scandal broke, the sales of German cars other than VW fell by 10.4%, costing them $3.7bn and:

This leads the authors to pose a series of reflections. The main one is to show how the reputation of one company can affect its whole industry and even its country of reference. That is why companies need to take on board or even provide incentives for becoming aware of this effect and that the consequences of individual malpractice has effects not only on themselves, but also on an industry and even a country.