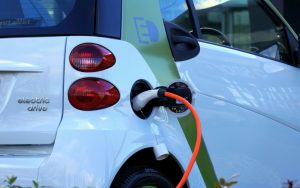 During the Barack Obama (2008-2016) administration, high oil prices made a technique known as fracking, or hydraulic fracturing, viable as a technique that facilitates the extraction of gas and oil from the sub-soil. Research and innovation was also promoted in the car industry in the area of electric cars that would reduce dependence on black gold. Furthermore, the new social alarm generated by scientific discoveries about climate change have provided incentive for changing to new, clean energy sources. In many countries, there is regular news about restricting diesel cars, apart from raising taxes on cars running on diesel fuel.

With oil prices exceeding $80 again after several years at around $40, the whole issue is once again the subject of debate: is there a need to drive research and the sale of electric motors? Few would doubt the need, but the arrival of Donald Trump to the White House has upset what seemed to be an unstoppable dynamic. The U.S. president reached office on a wave of support from blue-collar workers from industries like the automobile and the oil industry, who suffered from the effects of globalization, de-location and fluctuations in the price of oil and gas in the markets. That is why Trump has decided to take his country out of the Paris Accord against climate change, amongst other controversial decisions like withdrawing from the Tran-Pacific Free Trade Agreement or the trade war with China and Europe.

Persistent instability in the Middle East, with the conflicts in Syria, Iran and Palestine-Israel in a highly delicate situation, does not bode well for an end to the rising trend. The underlying struggle between Sunni Saudi Arabia and Shiite Iran is not going to abate in the years to come. Nor will the poor health of Russia, another of the main producers, in political war with the EU and America. Low output from Venezuela and Mexico shows no sign of changing in the short term either. The countries of the OPEC oil cartel plus Russia agreed on a reduction in supply in search of a rise in prices, which we are seeing now with oil around $80 a barrel, after having fallen to $40 in 2014.

This bullish context, apart from climate change, brings back the discussion about whether it is time to go back to fracking, to use up reserves or to face an energy transition in the industry that consumes the most oil. The car industry is not just another industry in the United States. It is politically sensitive, and in fact, it is one of the sectors at the heart of the trade disputes with China and the EU. The truth is that there is division of opinion and arguments concerning this question. What is highly desirable for many in environmental terms could be damaging in terms of economic competitiveness or jobs, and vice-versa.

Towards an electric cars consensus

The doubt lies in whether Trump will be a parenthesis in the economic and climate consensus, or whether he sets the pattern of behavior with his denial. The positions here are not comparable because the experts on which the US president rests his case are in a minority, only popular because of the office defending them. The vast majority of experts agree on the seriousness of climate change and on the urgency of energy transition, in the US too. The political class of the leading world power does not do justice to the grass-roots movements of the scientific community, or the industry itself, with their rhetoric. In recent months, the leading companies have ramped up their research and have announced the electric and hybrid models they will be bringing to market in the next few years.

What remains to be done in the short term is to make vehicles of this kind more competitive, facilitate charging stations and deciding what incentives to offer for using one kind of car or for not using another kind. For now, we know of some widespread dynamics used in the West: ban on diesel engines from certain zones or on days of excessive pollution, tax breaks for buying cars with cleaner engines or tax breaks and discounts for the use of tolls and parking areas.

According to analysts, the underlying current of thought on the need for a change in the way the car industry works and our consumption model is consolidating, despite the political and media noise that sounds more like the swan song of industries like the oil and car industry that have had such an impact on the collective imagery of modern society. If this is the case, then opting for electric cars can be expected to continue its unstoppable advance, despite the noise and the fact that the countries that are highly dependent on oil will have to face an economic reconversion that has now seemingly been slowed down. There are countries like Saudi Arabia, or the United States itself, that seem to be taking it seriously. Others, such as Venezuela or Russia, continue to trust the health of their economies to the recovery of the prestige of black gold. The former have every chance of winning, even if it may not always be apparent.

Robert Ferris. Fuel prices are rising again just as automakers pull back on sedans. CNBC, 5 May 2018

Peter Tertzakian. The Myth Of An Imminent Energy Transition. Oil Prices, 17 May 2018

Robin Mills. Will Tesla’s fate determine the future of the electric vehicle dream? The National, 28 May 2018