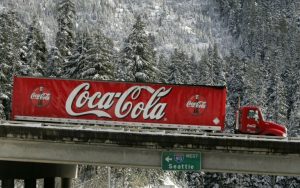 Recently, several CEOs of some of the largest companies in the world are once again promoting the importance of mistakes and their importance for innovating, creating and growing. What can we learn from mistakes?

Bill Taylor, co-founder of Fast Company and author, asks in Harvard Business Review “why there are suddenly so many business leaders asking their companies and colleagues to make mistakes and to embrace failure more?

In May, the new CEO of Coca-Cola, James Quincey, invited his managers to go beyond the fear of failure that the company had since the fiasco of its “New Coca-Cola”. “If we don’t make mistakes, then we are not trying hard enough”.

In June, it was the CEO of Netflix, Reed Hastings, who, despite its commercial success, was worried about its own production contents: our success ratio is now too high”. In his opinion, they should opt to run more risks and try riskier things. In short, that the cancellation ratio of its shows should be higher.

Even Jeff Bezos, CEO of Amazon, defends that the growth and innovation of his company is based on failures. The argument is very direct: if you are going to make brave bets, they will be experiments. As they are experiments, by their very nature they are more prone to fail. But the major successes off-set the dozens of things that do not work.

Amazon is very much based on this experimental culture. As David Streitfeld points out in the New York Times, Bezos is one of the few executives that “jokes about the money he has lost”. One of his major failures, the Fire phone, cost him $170m: it didn’t even do any good to drop the price to 99c.

Amazon’s secret is that this way of doing things has been at the center of the company since the beginning. Hence, it lets him run these experiments and when they turn out, they off-set the rest. For instance, Amazon Web Services (AWS) started out as a small, internal computing system in the cloud to help the company’s core business. Before they realized, it was billing other companies for billions of dollars. Or the Amazon Prime service, which includes all dispatches free of charge for an annual payment. The cost of these deliveries increased enormously, but subscriptions and sales increased even more.

Making mistakes to be ready to learn

However, consideration is sometimes not given to the fact that to make a risky bet should be associated with the long term: a vision of far into the future, not the next six months. Many of his bets have been this way: Echo and Alexia speakers, the smart assistants, started after the failure of the telephone in 2014. Now, Google, Apple and Microsoft are copying it. Or it could be his drones in the future, or supermarkets without check-out counters.

Whether it is Coca-Cola, Netflix or Amazon, the message is simple, but complicated. All business leaders want innovation and creativity, but few of them are willing to pay the price of a mistake. And as Taylor says, “if you are not willing to fail, you are not ready to learn”. And organizations now have to be able to “learn as quickly as the world is changing” or they will not be able to grow and evolve.

But, not all organizations and not all leaders are willing to take responsibility for failure or to succumb to the fear of losing rather than letting themselves get carried away by the chance to win. In fact, psychology has conducted in-depth analysis that shows that the aversion to risk is much stronger than the pleasure of success.

Another example of from failure to success? Echo, Alexa and Amazon

Amazon has been able to change many industries and open other new ones. Will it be doing it again? Jared Newman in Fast Company defends that the future of Alexa is to put an end to the “era of the Smartphone”. The objective, according to Miriam Daniel, head of Alexa product management, is “try to get people to distance themselves from personal electronics and create a more family-like and shared experience” and this way, “you are not just looking at your own phone, you are collaborating with the members of your family”.

Amazon has already sold some 15 million of these products and it has become a success. It remains to be seen whether they are capable of establishing a change of paradigm. It will be interesting to see if this product and service, which came about after one of the company’s greatest failures, the Fire phone, will represent the end of the domination of the smartphone. Chance? Success and failure, mistake and learning.

Jared Newman. For Amazon, The Future Of Alexa Is About The End Of The Smartphone Era. 8 November 2017

Portada » Tendencias Globales » Error and learning: Coca-Cola, Netflix and Amazon
Send this to a friend