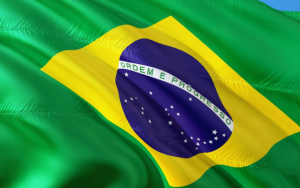 Is it possible to contain European and Latin American populism in the near future?

The dynamism of populist movements cannot be denied. According to a Report by the Tony Blair Institute for Global Change, the attraction of populist parties in Europe has increased in the last twenty years. Populist parties captured 9.2% of the votes in Europe in 2000, and 31.6% in 2017.  The strengthening of the extreme right in Western Europe has forced centre-right parties to take more extreme stances, especially on immigration. Their presence has also made it difficult to forge ideologically-coherent coalitions.

The most recent European examples include:

On the other hand, the two largest economies of Latin America voted en masse for candidates with populist traits. In July, Andrés Manuel Lopez Obrador (AMLO) in Mexico, in October, Jair Bolsonaro in Brazil.

According to Marta Lagos, executive director of Latinobarómetro, the election of AMLO in Mexico shows how outsiders can become the new establishment. Electing a “non-politician” who condemns traditional politics is the flavour of the month in a region where politics is called into question. Latin America has 650m inhabitants, the two presidents elect represent 329 million inhabitants (Brazil 207 and Mexico 122 million). She concludes by saying that “The main problem faced by democracies in Latin America is the deterioration of the elites, corruption and the mistrust of the man-in-the-street in the institutions of democracy, on top of the lack of democratic leadership by their leaders”

According to the Latinbarómetro report, only 9 of the 18 countries studied in the region showed a support for democracy greater or equal to 50%, led by Venezuela, with 75%, followed by Costa Rica with 63%, Uruguay with 61% and Argentina with 59%. At the other end of the spectrum are those with least support: El Salvador and Guatemala with 26%, followed by Brazil and Honduras, 34%.

Is populism an ideology?

The Report from the Tony Blair Institute for Global Change explains some aspects of its definition. It does not consider populism an ideology, but rather a logic of political organisation centred on a distinction between friends and enemies, where those who support the populists are represented as legitimate and their opposition as illegitimate. And this can happen at any point on the political spectrum, both on the extreme right and on the extreme left. Secondly, it only considers populists the parties and leaders that claim to represent the true will of the people in opposition to the local elites, immigrants, ethnic, religious groups or sexual minorities.

According to William Galston in an article published for the think-tank the Brooking Institution, it is obvious that European populism has gained strength from its opposition to mass immigration, cultural liberalisation and the perceived relinquishing of national sovereignty to distant international organisms. It adds that, if nothing is done, the rise in anti-immigrant and anti-international feelings could have serious consequences for liberal democracy.

According to the Institute for Global Change report, there are three basic future scenarios for populism in Europe. Populism could be a harmless interlude. Or it could represent the new normal, changing public politics for a long time, without representing a real threat to the stability of the system. It could also be the harbinger of a democratic consolidation, increasing the chances that the future of European democracy is facing a greater threat than many social scientists believe.

As for Latin America, the situation there is more volatile, and despite facing different problems, parallelisms can be drawn with European populism: its rise has also been marked by a perceived rebellion against economic or political elites. And institutional weakness could make it more difficult to overcome.

One alternative mentioned in The Economist in counter-position to the rise in populism is a renewal of liberal thought and practice world-wide. They claim that liberals should spend less time disparaging their critics as stupid or fanatics and more time fixing what is wrong. They should own nationalism and fill it with an inclusive civic pride, and re-discover their belief in the dignity and autonomy of the individual by reducing their own privileges. They conclude that, if they prevail, it will be because their ideas are superior in their ability to spread freedom and prosperity.

Will liberals be able to effectively communicate the above in 2019 and further? The electoral process of the coming months will contribute to the answer.

Portada » Tendencias Globales » Is it possible to contain European and Latin American populism in the near future?
Send this to a friend