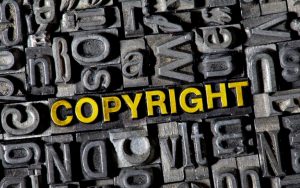 European Union and the new copyright law, driving the creative industry or a blow to Internet?

On the 11th of September, the European Parliament adopted a series of up-dates to the new copyright Bill, with 438 votes in favor and 226 against. Pursuant to article 3, “in order for the copyright market to work properly and fairly, there must also be rules on exercising and assessing the use of works and other provisions on the platforms of on-line service providers and on the transparency of the contracts of interpreting authors, artists or performers and accountability regarding the exploitation of protected works pursuant to such contracts”.

The current legislation lays responsibility with the technological platforms to eliminate protected content if its owner warns them. The new copyright law could force these platforms to prevent users from hosting material on them without license.

This is interpreted in the text of article 13 as follows: “Member States shall provide that, in cases in which the holders of rights do not wish to enter into license agreements, the service providers and the title holders must co-operate in good faith to guarantee that protected works or other unauthorized provisions are not available on their services”

The sponsor of the text, Axel Voss, Christian Democrat and member of the European People’s Party, stated on his Twitter account before the vote, that the new proposal does not provide for any filter. After the vote, he stated: “I am convinced that when the dust settles, internet will be as free as it is today, creators and journalists will earn a fairer share of the revenues generated by their work and we will wonder what all the fuss was about”.

One of the groups that offered the firmest support for this Directive was the Society of Authors and content creators such as Paul McCartney and representatives of record companies and publishers. At the other end of the spectrum, apart from the digital giants, are those who support a free internet, such as the founder of Wikipedia Jimmy Wales and the creator of the World Wide Web, Tim Berners Lee.

For The Economist, the warning made by the big tech companies and groups lobbying for an open internet (whose argument is that even citizen journalism, memes and videos of political protests are at risk of being censored) about the new copyright law probably goes too far. But, some collateral damage could be seen in unexpected places. They cite the example of GitHub, an on-line code repository, that was worried that open code hosted on the site could be affected by new filters.

And if things were not so bad for the big tech companies?

According to Mauricio Borghi, director of the Centre for Copyright Policy of the University of Bournemouth, the big tech companies start with a competitive edge. YouTube has agreements to share revenues with the owners of copyright based on Content ID, which detects, identifies and administers music and video protected by copyright that has been posted by users, and Facebook, in turn, has similar agreements with record companies and with a program of alliances with news publications.

Borghi claims that the Directive, still a work in progress, forces the tech giants to do what they are already doing. Obviously, the existence of an obligation reduces their negotiating power against the arrangements that they make with content creators and would give these the chance to increase their share in the profits. When the major platforms first appeared, legislation like this would have restricted their growth, but nowadays, it would not have much effect on their business model and would only imply additional costs, a relatively small proportion of their profits. It would, however, prevent potential competitors from entering the market (for whom these costs would be enormous).

A similar vision is shared by Mitchell Baker, president and CEO of Mozilla, who states in a letter published in the Financial Times that the obligatory filters are not consistent with Europe’s reputation as a promoter of privacy of citizens and that the copyright law is a threat to the open code software industry. She also claims, emphatically, that the battle, often presented as a battle of the media giants (including Hollywood) and the record companies and publishers against the tech giants omits a critical point: that the victims would be those in the middle: creators, small businesses, software developers and European internet users.

Next steps in the new copyright law

The legislation in course on the new copyright law still has to be debated and approved by the European Parliament, the European Commission and the 28 Member States before it can be finally adopted into national legislations. This means that the final form of the directive and its consequences are not fully known. But, the advance of this initiative suggests that a great effort is being made Europe-wide to strictly regulate many areas relating to technology that were considered to be out of date. More discussions are to be expected.

Borghi, Maurizio. Why tech giants have little to lose (and lots to win) from new EU copyright law? The Conversation, 19th September 2018.

Portada » Tendencias Globales » European Union and the new copyright law, driving the creative industry or a blow to Internet?
Send this to a friend