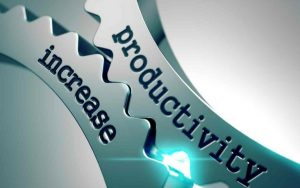 Governments and productivity: towards digital disruption?

The productivity of economies appears to have flat-lined in the last decade and there is no agreement as to the causes. The effects are important as productivity is increasingly important for growth, especially in the advanced economies. Studies on productivity do not consider, in a large majority of cases, one crucial sector and player: governments. How can we improve government productivity?

Productivity is a puzzle that has been studied in many different ways and the focus has been on the economy to a large extent. Hence, productivity has fallen 0.8% per year in the period from 2004 to 2016 in the more advanced economies, not very much if we compare it with the 2.1% growth that occurred in the period 1995-2004.

There is no clear explanation for this decline in productivity, but it must be kept clearly in mind because the calculations show that a large percentage of future economic growth will come precisely from an increase in productivity, especially if we bear in mind the change in the population pyramid and low birth rates.

In an attempt to better analyses productivity, consideration must be given to a factor that is normally ignored: the productivity of the government. Although it is difficult to measure and analyses, it has to be done in order to have better arguments in the debate on productivity.

McKinsey Center for Government has developed a comparative tool to understand government productivity in 42 countries and 7 sectors over the last 15 years. They have defined productivity as a measure of the results achieved in comparison with the underlying spend and they have focused on understanding which countries improve their productivity and which do not, in order to define the trend.

The main conclusions of this analysis are interesting:

Change in productivity in the countries analyzed (%)

By sectors, on an aggregate level, four possible kinds of governments and results in each sector can be seen.

Although the aggregated data “may hide major differences between organizations, sectors and geographies”, a clear main idea can be seen: the need for governments to adopt best practices and to learn from one another. In fact, governments could save up to 3.5bn a year from 2021 if they were capable of improving on how the most productive governments in each sector do things.

Towards the digital transformation of the government?

All sectors and industries face digital disruption “even the government industry”, according to the IBM Institute for Business Value. Governments too are expected to be agile and efficient, just as they need employees with a set of new skills that allows them to attract investments and allow economies to grow. That is why, like in other sectors, governments must re-examine their role and re-imagine how to be successful in their job. As in other sectors, many of the changes and new opportunities come from digital innovation, the Internet of Things and even from cognitive computing.

This digital transformation of governments may increase their productivity, and by a lot, a central aspect at a time of high global public debt, low economic growth in recent years and the austerity measures rolled out due to financial pressures. Improving efficiency, as we have seen, can help to reduce this enormous debt. Technology thus enables us to enhance productivity and simplify central processes.

Another essential aspect, with an impact on all industries and on governments too, is the change of generation and the arrival of the millennials. This generation sees work in a different way and they have a set of demands for organizations. That is why governments must make an effort to incorporate these new generations, who will account for 75% of the global work force by 2030. They can bring new ways of working in governmental structures that, in many cases, are not very open to change. The ideas of transparency, access to information and services anywhere, any time and however you want, will represent a profound change of mentality, just as it will improve the efficiency and productivity of the government.

In a recent study, the centuries old British professional organization, the Institute of Directors goes in a similar direction, but with nuances. As they point out, “our starting premise is that the Government does not have to be an innovator or a developer of technologies, they have to create the context in which technologies and processes that have been polished in the private sector can be adapted to provide better services”.

For governments, “with the right use of technology, everything from compliance with regulations to studying social benefits, can be done in a simpler fashion”. This improvement in productivity, efficiency and efficacy will give rise to an improvement in the productivity of business and the private sector in general, they point out.

Nevertheless, adopting technology also allows other benefits, like the opportunity to re-design services, develop others that support certain policies and thus provide a unique opportunity to improve productivity. Digitalization is crucial. One example: since the 1980s, the government of Austria digitalized the legal system and thus brought down administrative and information costs and has increased their revenues, which cover over 70% of their spending in 2011.

The productivity and digital transformation of governments thus opens up a series of possibilities and a set of profound changes in productivity, efficacy and efficiency of government action.

Tera Allas. How the public sector fits in the productivity puzzle. McKinsey. January 2018

Institute of Directors. Digital government and the productivity puzzle. The case for partnership between the public and private sectors. IoD Policy Report January 2018

IBM. An obligation to future generations. Provocative change ahead for the government industry. IBM Institute for Business Value. January 2018

Portada » Tendencias Globales » Governments and productivity: towards digital disruption?
Send this to a friend