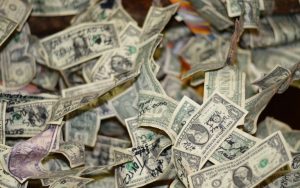 (Neo)liberalism and economics: How to save capitalism

Criticism of capitalism is arising from both sides of the political spectrum in many countries. How can capitalism be brought in line with the 21st century? Is it impossible? What are its principles based on in a fundamentally different world and economy from before?

Some ideas on capitalism, neoliberalism and the economy.

But what is neoliberalism exactly?

Professor Dani Rodrik, from the University of Harvard, says in The Boston Review that “we live in the era of neoliberalism, apparently”. But what is neoliberalism exactly? Who are the neoliberals?

Neoliberalism is difficult to define but “in broad terms, it denotes its preference for markets over the government, economic incentives over cultural rules and private enterprise over collective action”, is how Rodrik defines it. The problem is that it has been applied to very different phenomena: from Pinochet to Thatcher and Reagan, from Clinton to Blair and New Labour, from China opening up to the reform of the welfare state in Sweden.

This leads us to pose the second question: who are the neoliberals? The confusion increases. Charles Peter published “The neo-liberal manifesto”, an influential essay from 1982, in which the ideas put forward seem more like the “American liberals”, in other words, more left-wing in the European way of thinking, rather than what is understood by neoliberal today. It was not until the 1990s that neoliberalism associated itself to two developments: financial deregulation on the one hand, and economic globalization on the other.

Neoliberalism: between economy and ideology

The problem with this lack of definition is that critics of neoliberalism have often focused on the wrong aspects. There is nothing wrong with the market, private enterprise or incentives, provided that they act properly, they have been the foundation of some of the greatest achievements of our times. A senseless attack on neoliberalism could lead to these good ideas also being rejected.

So, according to Rodrik, the important thing is to make a reasoned criticism and, to do so, there is a need for an analysis of the economy behind neoliberalism and thus, to be able de discern between economic science and mere neoliberal ideology. This makes it possible to develop the institutional imagination necessary to re-design the capitalism of the 21st century.

Where does the problem lie? There is a set of ideas and concepts that sound neoliberal like efficiency, incentives, rights of ownership, prudent fiscal and monetary policy, that appear to only be possible to implement “with a Thatcher/Reagan type agenda”. And that is one of the major problems: this is not necessarily the case. There are different institutional arrangements for implementing them that go far beyond these proposals.

If recent economic history has shown us anything, it is that these economic principles have been implemented with very different institutional arrangements: the weight of the public sector is 33% in Korea, but almost 60% in Finland; 86% of employees are members of trade unions in Iceland and only 16% in Switzerland, or redundancy is easy in USA and difficult in France. The stock exchange is worth a total of 150% of the GDP of USA, while it is only 50% in Germany. Therefore, the idea that one model is better than another has been proven wrong by real experience in recent decades.

In fact, many of the countries that have benefitted the most from opening up to global markets – China, South Korea, Taiwan or Japan – are offered as example of the benefits of neoliberalism, while, in reality, they have triumphed precisely because they went against many of the neoliberal structures, including export subsidies and import restrictions.

From science, art and beyond homo economicus

Economic advance is not due to improvements in the ideal model or a specific theory, it improves because our knowledge of the diversity of causal relations is fine tuned. Neoliberalism and its long-standing remedies – more market, less government – “are in fact a perversion of the economic mainstream. Good economists know that the right answer to any question in economics is: that depends”.

Economic models should be seen as maps, stylized representations of reality that allow us to follow a path. But, says Rodrik, economists are good at making maps, not at choosing the best one for each situation. Keynes defined economics as “the science of thinking in terms of models linked to the art of choosing the important models”. For Rodrik, economists have problems with the more “artistic” part.

But there is also a set of assumptions that need more color. Ricardo Haussman, former chief economist of the Inter-American Development Bank and current director of the Harvard Centre for International Development, suggests that “a silent revolution is challenging the foundations of economics, promising radical changes in the way we see many aspects of organizations, public policies and even social life”.

They are changing, for the better, a series of axioms exemplified in the idea of homo economicus. Behavioral economics cast doubts on the idea that human beings made correct judgements and showed that the assumptions of homo economicus cannot be sustained. But, following the theory of Richard Thaler, recent Noble Laureate for Economics, the most that could be done was to subtly “nudge” people into making better decisions (the nudge theory).

Haussman points out that the new revolution goes further and also poses the question “what should we do”. This indicates that moral feelings, the idea of co-operation – we are after all, the most co-operative species on the planet –  evolved to put the “we” above the “I”. This is how feelings like guilt, shame, indignation, empathy arose, and also notions of injustice.

Two recent books are along these lines. In Identity Economics, Akelrof and Kranton propose adding another aspect to the conventional economic model. The standard or ideal associated with certain “social categories” that one identifies with. Hence, people would tend to behave in accordance with this ideal because it gives them satisfaction.

On the other hand, Sam Bowles in The moral economy shows different forms of behavior. His example is a kindergarten where, after asking parents – without much success – not to arrive late to pick up their children, decided to impose fines. Once this was introduced, the number of late arrivals increased: the fine is a price – and people paid it – instead of promoting the idea that arriving late is a lack of respect or an inappropriate behavior and, therefore, people would avoid it out of “self-esteem”, even without fines.

Hence, points out Haussman, this “new revolution” can bring the best out of nature and not just focus on the darkest and merely selfish part.

In defense of 21st century capitalism

As we have seen, the current economic system should bear in mind that there are very different institutional arrangements to achieve the sought-after effects of a vibrant, strong and booming economy. Furthermore, models should improve to better understand reality and up-date some of their axioms, taking on board a moral dimension.

Hence, concludes David Howell, British Conservative politician and member of the House of Lords, those who defend capitalism are not successful because “their analysis always looks back” and they do not bear in mind the changes that the digital revolution and the new age of networks represents. That is why thinking that the “old capitalist model is the answer to all these issues, and others, is an insult to world intelligence”.

What worked in the past will not work in the future. This involves rethinking many things, in the economy too.