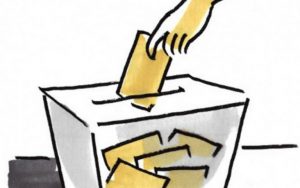 Super-cycle of elections in Latin America: Where is the region heading?

Eight Latin American countries will hold elections over a period of 13 months, and another six in 2019. So, 14 of the 18 countries of the region will have voted for their new presidents in just two years. What are the expectations? What are the trends? Where is Latin America headed politically?

The elections held in November in Chile (first round) and Honduras, are the starting gun for a series of another five – or even six – presidential election in the region between now and December 2018. Furthermore, presidential elections are to be held in a further six countries in 2019, as Daniel Zovatto, Regional Director of IDEA International for Latin America and the Caribbean, points out, elections are to be held in 14 of the 18 Latin American countries over the next two years.

14 presidential elections without counting the regional and governors’ elections in several countries that will, as Zovatto points out, “act as an indicator of the mood in the region in this new era of populism and anti-liberalism”.

Elections among corruption, disaffection and lack of growth

These elections will be held against a very similar backdrop in the different countries. As The Economist points out, there is one point that many Latin American countries have in common: Brazilian builder Marcelo Odebrecht, who set up a system to corrupt “presidents, ministers and candidates to win public contracts”.

These widespread cases of corruption also undermine the credibility and prestige of democratic politics in Latin America, which has been cast in profound doubt, concludes the magazine.

This remains to be confirmed by the data. As the data from the study “Political Culture of Democracy in America” indicate, support for democracy in the region has fallen 12 per cent over the last 10 years, from almost 70% to a mere 57.8%.

Support for elections has also plummeted from 61.2% to only 39.1%, which is especially important bearing in mind the cycle that the region faces.

Finally, points out Zovatto, economic growth data are low: 1.7% and 1.9% in 2017 and 2018, respectively. As The Economist points out, these data are in sharp contrast with the period of strong, rapid growth before that created expectations of a more buoyant middle class that makes certain demands of the system and their political leaders.

Important trends for the electoral cycle

There are some trends that are common to different analysts that can be divided into several blocks:

1) People turning away from politics, politicians and parties

This disaffection has different consequences. On the one hand, there is a high probability of alternation, in other words, that new parties and candidates will succeed. Immediate re-election is only possible in Honduras – and president Juan Orlando Hernández has stood – and two former presidents could be re-elected – Sebastián Piñera in Chile and Lula da Silva in Brazil. All the others will be new faces.

Consequently, we will see the appearance of new political leaders, independents in some cases, such as extreme right-wing populist Jai Bolsonaro in Brazil, who is leading the poles, over 30 parties and candidates in Colombia and 40 independent candidates pre-registered in Mexico.

This extreme party fragmentation could easily lead to “co-habitation”, in other words, the election of a president without a majority in congress, or even, one that does not have the backing of any party as such.

One first important aspect is the dimension between the pro and anti-market supporters. Although the people of Central and South America appear to prefer pro-market candidates, the destiny of the main economies of the region –Brazil and Mexico– is more ambivalent. While the triumph of Mauricio Macri seemed to change certain trends, in favor of more market-oriented policies, the role of Manuel López Obrador, the favorite in the poles in Mexico, puts this in doubt.

A second important issue will be corruption, and financing campaigns and insecurity (law and order). These will be the main issues of the campaign in many countries and could benefit outsiders and independents perceived as not belonging to a basically corrupt system. The importance of social classes will also be fundamental. The middle class is far less tolerant of corruption than the poorer classes, but they are also more cautious about radically different policies, as The Economist points out.

Finally, at a geo-political level, it appears that the ALBA coalition will survive at the very most, without any expectations of growing in the immediate future. It remains to be seen whether Venezuela holds elections and whether Nicolás Maduro can stand for his fourth term, and even Lenin Moreno, president of Ecuador and replacement for Rafael Correa, seems to be distancing himself from his predecessor and from this alliance.

Two aspects stand out. On the one hand, the importance of the two-round system in Chile, Costa Rica, Colombia and Brazil. A second round is highly likely (it is a fact in Chile) and the winner of the first round can lose in the second round.

A second aspect, regarding the low perception of democratic quality in the region, is the high abstention rate and failing interest. In some cases, especially as in Chile – which has had the lowest participation in its history, 46% – only exceeded by Colombia. We could see new presidents with very little legitimacy due to the extremely low participation, especially among young people.

This low level of participation and fragmentation could mean that the electoral polls and forecasts are incapable of forecasting the real results. Chile, the first election, shows this. Sebastián Piñera was seen as the great favorite, but, despite winning with 36.64% of the vote, he was far below the expected result. Even more surprising was the result of Beatriz Sánchez, of the left-wing Frente Amplio, with a totally-unexpected 20.27%, very close to the center-left candidate Alejandro Guillier, with 22. 7%, who will go into the second round. So, it is possible, that the latter could win the presidency against all odds.

Where is Latin America headed?

This marathon will show us where the region is heading in the coming years and what the quality of democracy will be in Latin America. New leaders, institutional tensions between presidents and congress, growing fragmentation and low participation that will undermine already low institutional legitimacy. Meanwhile, there will also be mid-term elections in USA and possibly a change in the presidency in Cuba to replace Raúl Castro. The path chosen to tackle the main problems of each country and thus improve the perception of the democratic system in the region, or, on the other hand, to sink even deeper in its crisis, will depend on the results of these elections.

Latin America’s voteathon. Anger at corruption is not the only factor in a slew of elections. The Economist. 16 November 2017

Portada » Tendencias Globales » Super-cycle of elections in Latin America: Where is the region heading?
Send this to a friend