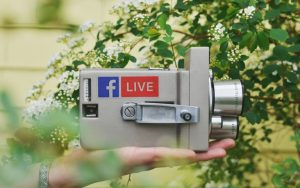 Are technological giants a threat to democracy?

Major technological giants are beginning to experience a gradual erosion of their reputations. Recent cases – such as paying taxes, managing our information and the influence on employment, among others – have begun to question the consequences of these companies. But it was the use of social media and big data in an attempt to illegally influence the elections when these consequences began to become more profound and hazardous. How can democracy defend itself from these attacks?

The reputation of technological giants companies: a change?

The technology industry begins to generate a backlash, says Gregory Ferenstein, in Brookings Institution, “there are now regular calls to rein in the concentrated power of Silicon Valley, from the regulation of Facebook as a utility to treating Google as a monopoly and unionizing Uber’s drivers.”

The positive view of these technology companies as examples of innovation and actors in the new world begins to erode as they are seen more as an uncontrollable power with profound and evil consequences in politics and industry.

In their analysis of the ideas and political priorities of more than 600 founders of tech companies in Silicon Valley, Ferenstein and his colleagues from the Stanford Graduate School of Business began with an idea shared by all: “a radical optimism about the future.”

Is this optimism justified? As stated by Hannah Kuchler and Barney Jopson in the Financial Times, many problems are beginning to be associated with tech giants: (non) payment taxes of, data protection, loss of jobs and, more recently, their role in the elections as a sounding board for fake news and their political influence on the growing polarization.

“Like a shamed company announcing a product recall, Facebook bought full-page adverts in The New York Times and The Washington Post last week in an attempt to shore up its reputation,” stress Kuchler and Jopson. Russia’s use of this social network to influence US elections puts into question the direction of Facebook itself, which has announced immediate new actions to protect “its community.” Meanwhile, “the revelations over Russia’s purchase of 3,000 political ads threaten to shake the business to its core.” The problem: the advertising purchasing and management system itself and associated algorithms make it very difficult knowing who, how or why someone buys these ads. The absence of regulation has even more influence on this problem, although Facebook is doing everything possible to show it can deal with this without the governmental intervention.

The debate is then put forward in terms that are familiar, though adapted to the digital world. Adam Schifft, the leading Democrat on the Congress’s Intelligence Committee, emphasizes the need for Facebook to be “good corporate citizens” and ensure that foreign powers do not intervene in elections. The industry’s response is clearly contrary to government intervention: ““The internet is a source of freedom and empowerment and protecting that freedom from censorship is an ongoing battle,” are the words of Ed Black, president of the Computer & Communications Industry Association, a lobby of which Facebook is a member.

Currently, the main proposal comes from two Democratic senators asking for all networks with more than one million users to have a public repository of all elections and of who has spent more than $10,000. Now, knowing which advertising is related to an election can be very difficult because it is not possible to have someone monitor everything, as this would go against Facebook’s own system and logic. Others propose that Facebook make a list of authorized major media and marketing companies and focus its efforts on small, active unknown groups.

The influence of social media on politics

Thus, “in less than a decade, the public sphere — and the democratic process — have been revolutionized.” Because the problem is not so much the false or unverified identities. The problem is the “spreading of extremism” that facilitate contact between people of similar views, regardless of the size of the group. “This is the main problem with social media that the titans of Silicon Valley have seriously underestimated.” Because studies show that the large online networks are creating a massive and self-reinforcing polarization.

This is going against the foundational premise of Facebook, says Jason Tanz in Wired, that “the amount of information that people share is directly proportional to the quality of democracy. And, as a corollary: the more viewpoints that get exposed, the greater the collective empathy and understanding.”

This principle might be true at the beginning, but the more Facebook – and other social networks – has grown, the less true it appears to be. Back in the 1970s, Alvin Toffler already talks about “information overload.” Perhaps, argues Tanz, Facebook should change and instead of asking what someone wants to read, it should ask what he should read. But this has problems of various types. And a major one: perhaps the experience on Facebook would be less addictive and we would spend less time on the social network, and this is not exactly its goal.

A league of democracies against cyber threats?

As shown the case of Facebook and the Russian propaganda, “The threat of these digital attacks extends to all democracies, in the West and beyond,” said Toomas Hendrik Ilves, president of Estonia between 2006 and 2016. The attacks on elections are asymmetric because authoritarian regimes want and are able to control the communication media, while truly free elections have fewer resources to fight attacks on their own way of governance.

The response to the cybercrimes must be international and broad-based, “ranging from regulating social media to guarding our electrical grid and electoral systems.” Although NATO remains valid, it is necessary to create a new alliance that will extend borders and be able to protect to all democracies, understood under a strict criterion, because all are under this threat.

The author wonders: can the West establish a global “cyber NATO?” It is difficult, just as was the creation of NATO. Maybe we have not yet suffered quite enough cyber-attacks to show the urgent need for this type of coalition but these attacks are increasing exponentially. In fact, in 2016 NATO included “cyber” as the fourth operation area, after air, land and sea.

At the moment, however, there is only one international convention, the Budapest Convention on Cyber Crimes. It includes hacking, fraud and pedophilia, but broader attempts, like the one by the UN over a decade ago, failed due to the opposition of some leading countries from where these attacks originate, such as China and Russia.

For President Ilves, the basis for an internal digital defense system is beginning to be sketched out: NATO has a Cyber Defence Centre of Excellence, although it acts more like a think tank: the Communications Centre of Excellence – another NATA initiative – and the European Centre of Excellence for Countering Hybrid Threats. So, coverage is given to the broad spectrum of threats from infrastructure to social networks through which the attacks take place.

What is lacking? A broad recognition of the nature of these threats and the political will to group together all the countries concerned to ensure the defense of liberal democracies.

Toomas Hendrik Ilves. We need a global league to protect against cyber threats to democracy. The Washington Post. October 6, 2017

Portada » Tendencias Globales » Are technological giants a threat to democracy?
Send this to a friend