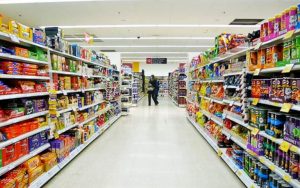 The future of retail in the Amazon Age

Every day, we read news about the closure, purchase or take-over of certain brands by large groups, something that especially affects shops and the future of the retail trade. We have all seen how our neighborhoods have been transformed in recent years. Large supermarket chains have changed names/parent company and large numbers of small shops have disappeared as they just cannot compete with either the larger groups or with the digital home delivery market.

Although there has been praise for improved prices and the ease of shopping and the logistics, there has also been criticism of the fact that cities have lost their identity. Franchises have taken over the so-called “traditional” shops. The social fabric has suffered a physical and digital standardization, embodied in its declared enemy: the shopping giant Amazon. A recent front page in New Yorker clearly illustrates the situation. An Amazon delivery person knocks at the door to deliver a parcel that looks like a book, while the owner of a book shops opens his doors for business next door. The situation reveals bewilderment and confusion.

Amazon has cornered around 40 % of the on-line retail market in the United States. And America always sets the trend for the behavior of other markets, so its market share in other developed countries is also expected to continue to grow. Criticism of the damage that it has caused to retail shops in these countries has been unceasing and many companies have had no choice but to reach agreements with Jeff Bezos’s company in order to survive. Amazon controls so much market that its delivery prices and other services are just unattainable for any other rival.

In the face of this situation, one should be asking what options do smaller operators and local retail shops have to compete with the retail giant. Two positions clearly dominate the debate about the future of the sector.

Nothing you can do?

On the one hand, we find those who believe that you cannot fight against the strength of Amazon and the other major brands. Furthermore, they appreciate the improvement in service. Fast, reliable and cheaper, so any kind of resistance is useless. They are not unsympathetic to the fate of former shopkeepers or their neighborhoods, but any palliative action taken should never be to the detriment of a beneficial and unstoppable trend. They believe that this trend will create more jobs, safer jobs and more stable jobs, and these businesses are far more flexible when it comes to adapting to a changing environment.

On the other hand, the critics of companies and brands of this kind have found good arguments in recent data to strengthen their position. The disappearance of the classical neighborhood fabric is not innocuous, especially at a time when people appreciate the familiar and the community after years of crisis. People are looking for products with greater value added in quality, not just in price. The big companies have larger financial and logistics margins, but they lag behind in their capacity to transform and blend into local environments at a time when the new generations, like the millennials or gen Z are increasingly favoring fair, local trade.

The latest neighborhoods in leading cities are no longer the succession of expected franchises. Some years ago, we started to see the appearance of shops with a local flavor, offering direct service, where owners and customers interact far more directly than they do in the large companies, even if they are more expensive. The track record is still very limited in terms of figures, but even in the United States, Amazon has seen a significant loss in its dominant position in the on-line market. Analysts consider the unexpected increase in the number and quality of bookshops in the country in recent years as highly significant.

The future of retail: an uncertain trend

Experts are divided on the future of the sector. It is true that the favorable trend in local shops is clear, but it is also true that in aggregated terms, it is still far below the power of Amazon and the other major players. There is no reason why these major players should not vary their strategy towards paying greater attention to these intangible local factors. When they do decide to do so, it is difficult to see how new, local operators could compete with the financial and logistics giants. Amazon has already shown the first signs of its intention to integrate to a greater extent in the local communities of its footprint. This is the case of the network of physical bookshops that it has announced. This will undoubtedly be a good indicator to monitor this trend.

This is a paradoxical trend for the future of retail, as, in order to survive and maintain its position of absolute dominance and sustained growth in its market share, Amazon and other retail giants have to become, in part at least, what they have come to replace. The future of retail and of the thousands of small, flourishing competitors that are taking back neighborhoods and cities in a one-sided battle, will depend on their success; always dependent on young consumers whose tastes seem to be closer to the latter, but whose pockets and patience are a better fit with the former.