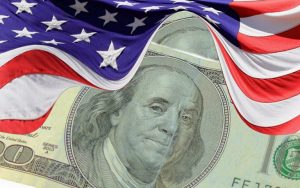 “Trade wars are not so bad when we are behind all countries in terms of trade balance”. These are the words of Donald Trump, who has started a trade war of uncertain consequences. Many economists, including the International Monetary Fund, have expressed their fears in this situation. American trade policy follows the dictates of economic nationalism, with everything that this could entail. What impact could Trump protectionism have on the international order and on jobs in the United States?

Last year in The New York Times, Paul Krugman analyzed the protectionist intentions of the Trump Administration. The time has come and his warnings are still valid. The frivolous manner in which the US president addresses trade policy (and practically everything he deals with) is highly striking bearing in mind the complexity of this branch of economic policy.

It is worth remembering that intermediate goods, goods used to manufacture other products, are a cornerstone of much of the modern economy. A tariff on steel could help its producers but it harms its consumers in later stages of the production process, affecting the automotive industry among others.

The main US union association, the AFL-CIO, with over ten million members, including steel workers, has come out in favor of the protectionist measures proposed by Trump. It seems clear that protectionism can help to increase employment in an industry protected by tariffs, but the negative impact that it has on employment in other sectors is often forgotten. In other words, trade policy can affect the nature of employment, but not the total number of jobs. On this, Krugman points out that “tariffs would boost sectors that require a lot of capital and provide relatively few jobs per dollar in sales”.

Joseph Stiglitz agrees with this analysis. The American economist has said that reducing imports will not help to create jobs in the rust belt, it will create jobs in any other country ready to replace the imports that previously came from China.

It is a paradox: The USA, which helped to create the World Trade Organisation to rule on trade disputes, has triggered a trade war. It seems clear that a breach of the rules that govern international trade would be accompanied by reprisals from the countries affected.

America’s relations with the European Union, Canada and China are suffering. We saw this at the last G-7 summit. Spanish table olives were the first victim, followed by aluminum and, more recently, the European automotive industry.

To justify the protectionist measures, apart from the national security argument, Trump uses the difference in tariffs, far higher, in his own words, in the EU for American products. But, according to the German Economic Analysis Institute, the €856bn that the EU exported to USA in 2016 paid an average of 0.7% in tariffs. The $771bn (€645bn) that the USA exported to Europe paid 0.74% in tariffs. With the figures in hand, it does not seem quite so clear that it is almost impossible to do business with the EU, as Donald Trump has repeated on many occasions.

The impact on the Stock Exchange

Investor uncertainty is another derivative of the trade war. For now, the impact of tariff changes has only had a limited impact. According to Citi data, if the 25% increase is implemented on car imports, the impact on inflation would by 0.1%. What seems clear is that rising tensions and the uncertainty factor are going to considerably limit the possibility that western Stock Exchanges will react positively. To date, volatility remains the leading player on the stock market.

Portada » Tendencias Globales » Trump protectionism, an imminent threat
Send this to a friend