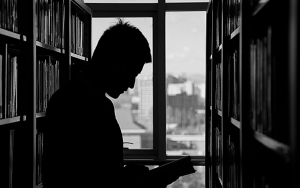 Hans Rosling states in his book that the claim “things are getting worse” was the sentence about the world that he had heard the most in his life. If we do a quick check of the press of these first days of 2019, we can hear very familiar music: “Rise of the far right in Brazil”, “The year ends as the worst in the history of the Spanish stock exchange since 2010”, “Pessimism up 3 points in Spanish society in the polls”, etc. And one poll conducted in 30 countries by Rosling’s team asked: Do you think the world is better, the same or worse? Over 50% of respondents answered “worse”. By the way, among the thirty-something countries Spain was ninth in the number of negative answers recorded. Yes, we know that negativity sells, that it impregnates analyses of the present and future in our daily conversations and in the media, but we can get away from it. We express ourselves and act as if going to extremes were the only fair and realistic option. Hans Rosling dedicated his life to fighting this and other biases by promoting the constant up-dating and examination of the data, checking the facts by means of reflection, logical argument and down-to-earth conversation with people of all kinds. Factfulness is the outcome of this battle.

It has been said that Rosling’s posthumous book, rather than positive, it was first and foremost a realistic and possible book, as if to underline its anchor in facts, distancing itself from any suspicion of wishful thinking. These doubts disappear when you read the book. What comes to light is not just another guru making indiscriminate and wishful predictions, but a doctor who is an expert in development and social sciences with vast professional experience and thousands of anecdotes about life. Bill Gates pointed out the key to Rosling’s discourse in an interview: “he did not claim that things are necessarily going to get better, but rather, they undoubtedly can get better, in light of the achievements made to dates”. It is true that the Swedish doctor tended to see the glass half-full, but it is also true that he did so cautiously and convincingly. Armed with data, logical arguments and reasoning, he challenged the “excessively dramatic perception of the world” that our brains are prone to present, which makes us distort reality, miss opportunities and above all, condemns us to permanent unhappiness and stress.

At conferences with female leaders of the African Union, in hospital or in his classes at the Karolinska Institute in Sweden, Rosling experienced the danger of bias and prejudice first hand, and observed in his students and in other people, the tiresome insistence of our mind to remain steadfast despite the evidence. To prove this statistically, Rosling and his colleagues developed a test that asked about some of the main indicators of poverty, health and development world-wide; general questions whose answers are available on open sources. The questionnaire was completed by some twelve thousand people from fourteen different countries. The average was two right answers out of twelve questions, and up to 15% of those surveyed did not give a single right answer. Why is there such extended and persistent ignorance about the world? The results were lower than one could expect from a random test with chimpanzees. It could not just be a lack of knowledge or the result of fake news. There must have been something else going on, a kind of active erroneous knowledge. How could politicians resolve global issues based systematically on erroneous perceptions? How would business leaders operate with such a distorted view of the world?

Part of the answer lies in the way our brains work. Millions of years of evolution have programmed us to draw quick conclusions, without thinking too much. Although instinctive thought is necessary for a normal life, our “tendency to dramatize” distorts our understanding of reality.

Our prejudices make us miss opportunities

The book by Rosling – and his son Ola and his daughter-in-law Anna– is organized around ten instincts or major tendencies that to a large extent, explain this persistently-erroneous view of the changes and improvements that are transforming the world.  A single perspective, the tendency to generalize, fear, negativity or the idea that a person or a culture’s fate is written as something inexorable are just some of these biases, barriers that prevent us from appreciating formidable achievements, never seen before in the history of mankind, attained in an unusually-short period of time. The figures for the reduction of extreme poverty, schooling for girls world-wide, the increase in life expectancy or the percentage of children vaccinated, are just some of the indicators that have experienced impressive improvements, but we systematically refuse to acknowledge them. This is not only unfair, it is also potentially harmful to our welfare and to our individual or collective decisions.

If we can document the fact that 80% of the children in the world have been vaccinated against some disease, this is excellent; but if we look beyond that, as Rosling proposes, it turns out that a complex logistical infrastructure of transport, education and health is required for the vaccines to reach their destination, certainly enough to build factories and set up businesses. If such a network operates in most territories in the world and we ignore it or do not know about it, if we insist on investing in countries with saturated markets and faltering economies, instead of gambling on huge countries that are growing significantly and fast, with a middle class in full expansion, we are missing unrivalled opportunities. Our prejudices and accommodative thoughts – which directors of major companies and agencies are not exempt from – lead us to believe that the countries of the “Third World” remain static and that development will never be possible in them. The same is true with NGOs. If their campaigns continually ignore the major achievements made, they are missing a golden opportunity to tell potential partners and contributors that donations and humanitarian aid work and produce real results. Rosling’s conclusion is clear: “We cannot afford to continue ignoring the real data for making our decisions”. 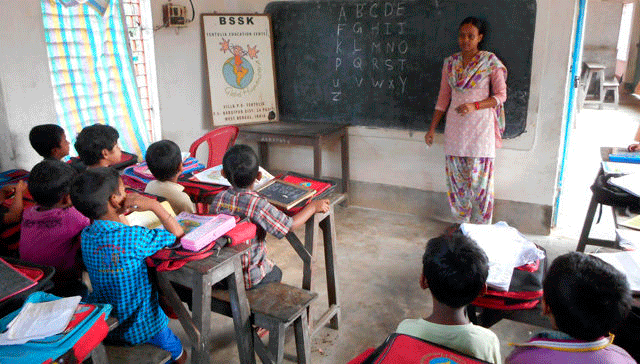 Mallika Naskar teaching a class in the rural school of Tentulia, India, where she was a pupil. Photo: Global Humanitaria.

The best value of Factfulness

Albeit different in tone, style and of course in specific content, Factfulness could form part of the hypothetical school of “new optimism” that Johan Norberg’s Progress or Steven Pinker’s In Defence of Illustration belong to; a more or less explicit line of discourse that converges on the brave revindication of the values and achievements of liberal democracy, at a time when this is under siege from objectors of all kinds.

In any event, and based on what has been said above, one can understand that the text is not limited to just telling us how wonderful everything is, it also challenges us to think differently and more openly, especially with an empirical base, and broadening the focus to show us the complex dimension of problems. At the end of the day, seeing the glass half full or half empty can be a question of perspective and temperament. The really valuable aspect of Rosling’s work in times of polarization, extremism and trenches, is that he offers us a balanced approach to the major social and economic issues; he flees from exhaustive claims and determinism – and also the worship of figures and numbers – and proposes instead prudent thought informed from different points of view. Furthermore, it must be said, the book is not too highbrow, it has a generally kindly tone that is appreciated, full of clarifying anecdotes and eloquent graphs and illustrations. 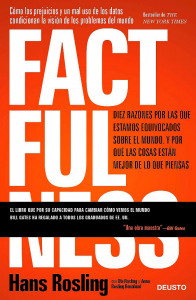