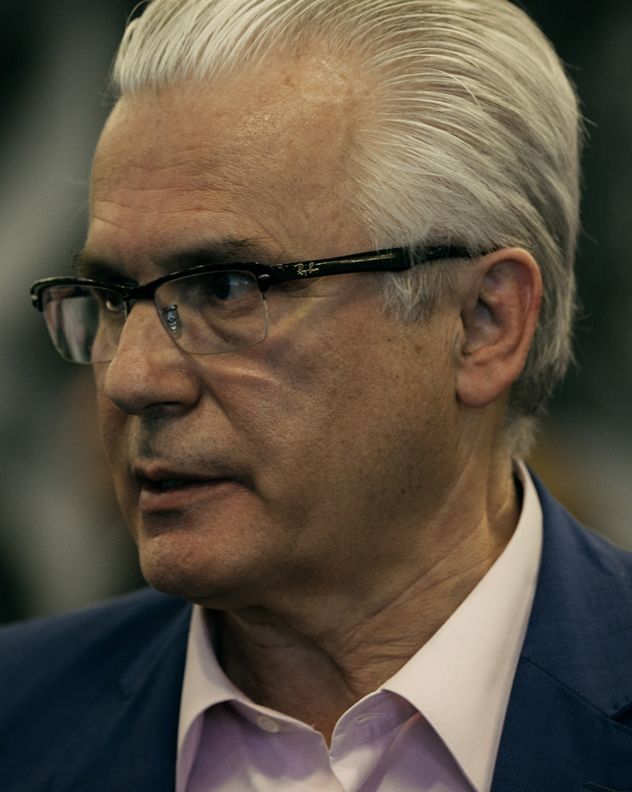 National Audience Magistrate from 1988 to 2012, Baltasar Garzón is the most international Spanish Jurist.He owes his fame to crime investigation against humanity, terrorism and state terrorism, drug trafficking, political corruption.Director of the legal office ILOCAD (International Legal Organization for Cooperation and Development), and President of the International Baltasar Garzón Foundation (FIBGAR) that carries out development programs in the defense and promotion for Human Rights, the struggle for transparency and development of the Universal Jurisdiction.

The fight against impunity, the creation and defense of the International Criminal Court and the preservation of Human Rights are the constants that mark the career for Baltasar Garzón he defends with passion his work as a professiona speaker giving courses, speaking at congresses and writing publications.

He has teached about national and international terrorism, as well as topics related to counterterrorism (GAL) and organized crime. He has instructed important causes against the military leaders and responsible for the repression during the dictatorship in Argentina and Chile, ordering and achieving Augusto Pinochet arrestion, in London in 1998. He also ruled against the tortures suffered by the prisoners at US prison of Guantanamo .

He was expelled from the judicial career in 2012, disabled by illegal wiretapping in the Gürtel case. Since then, he has been an advisor at the International Criminal Court at The Hague and the director of legal defense of the founder of Wikileaks, Julian Assange.
He develops humanitarian tasks through various NGOs in projects in Spain, Bolivia, Colombia, Ecuador and Mexico, among other countries. He is ambassador of the indigenous communities of Valle del Cauca in Colombia. He has been President and Executive Director of the International Center for the Promotion of Human Rights of UNESCO for Argentina between 2012 and 2016.

Baltasar Garzón is very active in multitude of organizations in favor of Human Rights: Declaration of Paris, Declaration Against Corruption; Group of Friends of the Coalition of the lnternational Criminal Court (CICC) of New York; Scientific Committee of the Global Program against Corruption, organized by the Institute for Crime Prevention and Criminal Justice of the United Nations (UNICRI) and the Center for International Crime Prevention (CICP); Ad hoc Committee for the Defense of Human Rights, Bogotá (Colombia); and Scientific Committee of the magazine Proyecto.He is co-founder of L'Appel de Géneve, movement of European Magistrates, initiated in Geneva by seven judges, and co-founder of the Drug Committee No.

He has been declared honorary doctor in more than thirty universities around the world and has received awards and distinctions around the world. These include the Plum Prize for the struggle for human rights, awarded by the Plum Foundation in Denmark; Prize for Civic Coexistence of the Forum of Ermua; Extraordinary Award for Social Commitment granted by the Confederation of Young Entrepreneurs; and Gold Medal for Merit of the National Plan on Drugs; National Human Rights Award; Gold Medal of the Faculty of Granada; Silver Medal of the National Police Corps. In addition, in 2003, he was nominated for a Nobel Prize.

Garzón does not surrender

Portada » Conferenciantes » Baltasar Garzón
Send this to a friend
This site use cookies Find out more.