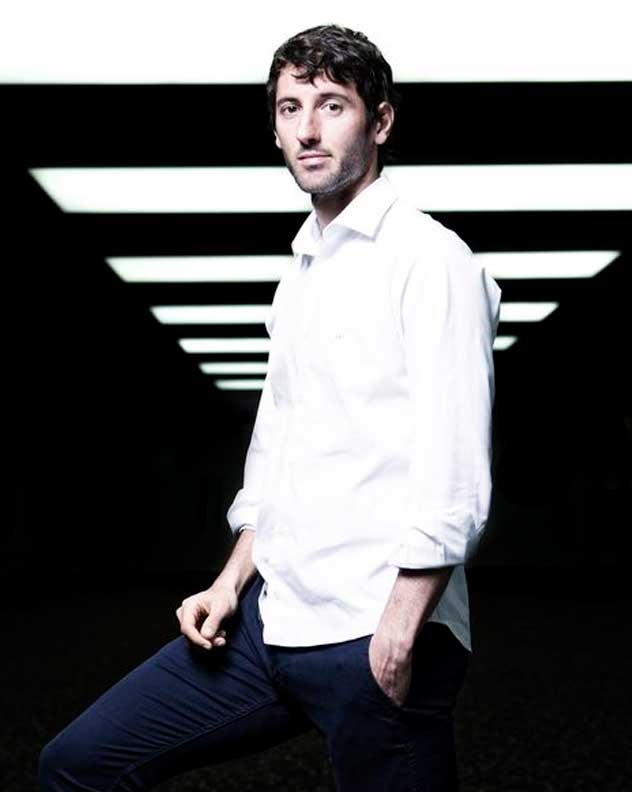 Esteban Granero is a businessman and entrepreneur recognized in the world of sport for his time as a professional football player. Since 2009, and until 2012, he was a player of Real Madrid CF, and has played for clubs such as Getafe Club de Fútbol, RCD Espanyol or Real Sociedad de Fútbol. His football record includes titles such as the Copa del Rey, the Spanish League and the Spanish Supercup, as well as the European Under-19 Championship.

Currently Esteban Granero is a player of Marbella CF and CEO and founder of Olocip, an international company pioneer in the application of Artificial Intelligence in the business world, specialized in professional sports. Olocip, which was awarded by the CSIC at the Science Gala for the "Promotion of Research and Science" and is a member of the European Alliance for Artificial Intelligence, played a special role during the COVID-19 crisis, thanks to its predictive technology used to develop epidemiological models to deal with the evolution of the pandemic.

Competing in the elite of the world football is an experience within the reach of very few that has given Esteban Granero a wide knowledge of the world of sport, a knowledge that is otherwise inaccessible. Thanks to his enterprising facet, Esteban Granero has used this knowledge to, through Olocip, contribute to the development of Artificial Intelligence technologies specifically designed for this field. These technologies are aimed at optimizing performance and reducing risks in decision making.

Esteban Granero shares as a speaker the main learnings, tools, and possibilities of the Artificial Intelligence, with special attention to the sport field. His entrepreneurial spirit applied to innovative projects and his sports career are an unusual combination to which we must add a dose of motivation, high performance, and capacity for reinvention.

Portada » Conferenciantes » Esteban Granero
Send this to a friend
This site use cookies Find out more.