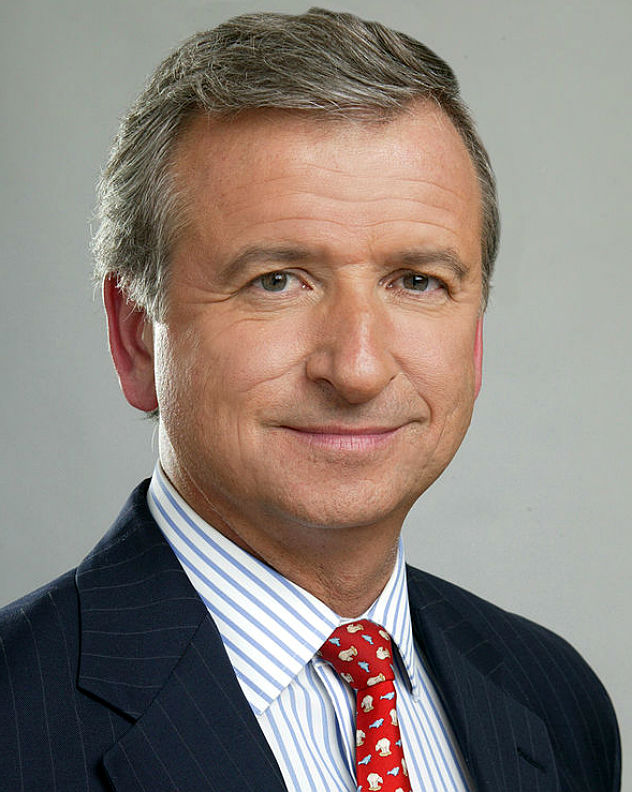 Minister of Finance of Chile (2010-2014), Director of the Center for Economic and Social Policies of Latin America

From March 2010 to March 2014, Felipe Larraín was Chile´s Finance Minister in the Government of President Sebastián Piñera, and Vice President of Chile in February 2014. PhD (1985) and MA (1983) in Economics from Harvard University, and BA in Economics from Universidad Católica de Chile (1981), he has a vast experience as an international consultant, academician, editor and author of 12 books and over 120 professional articles, published in Latin America, U.S.A., Europe and Asia.
He is currently Director of the Latin American Center for Economic and Social Policies (CLAPES UC) and Professor of Economics at Universidad Católica de Chile. From 1997 to 1999 he was the Robert F. Kennedy Visiting Professor of Latin American Studies at Harvard University. Since 1985, he has served as economic advisor to several American governments, including Bolivia, Canada, Colombia, Costa Rica, Chile, Dominican Republic, Ecuador, El Salvador, Guatemala, Honduras, Jamaica, Mexico, Nicaragua, Paraguay, Perú and Venezuela.
A consultant to the United Nations, the World Bank, the Inter-American Development Bank, the IMF and to a number of Latin American and U.S. companies, he has also been a board member of several companies and institutions in Chile, Latin America, the U.S. and Europe. In June 2014 he became member of the UN´s Leadership Council of the Sustainable Development Solutions Network (SDSN). In October 2014 he joined –as a founding member—the World Bank´s Doing Business Advisory Board.
He has received several awards and honors, including: named one of 100 Most Influential World Leaders (Association to Advance Collegiate Schools of Business, AACSB), 2015; best sovereign bond issue 2012-13 (Latin Finance); Vice President of the OECD Ministerial meeting in Paris, 2012; Finance Minister of the Year 2010, Region of the Americas (The Banker); Best Finance Minister 2010 of Latin America (América Economia); 2010 Economist of the Year (El Mercurio); Finance Minister 2010 of Latin America (Emerging Markets, Latin Finance); 2002 Alumnae of the Year (Universidad Católica); award from Magisterio Nacional Boliviano (1986) for a distinguished service as Economic Advisor to the President of Bolivia; Raúl Yver Oxley award (1980) to the best student in his class at Universidad Católica; Luis Cruz Martínez award (1976) to the student with the highest score of the Chilean universities admissions exam and the best high school transcript of Chile.

Portada » Conferenciantes » Felipe Larraín
Send this to a friend