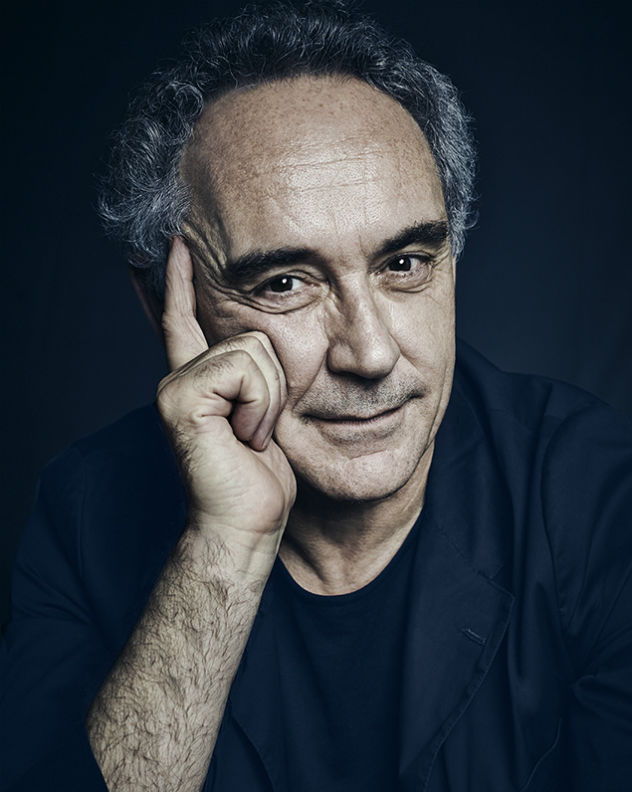 Best chef in the world. Best chef of the decade

What makes El Bulli worthy of three Michelin stars? And what is it about Ferrán Adrià that makes him one of the best-regarded chefs in the world today? A display of imagination, hard work, provocation and innate creative talent, residing in something as simple as not copying others.

Adrià’s cuisine exerts in the world of gastronomy a similar effect to that of the catwalk on prèt-â-porter or Formula 1 on other racing cars. What is perfectly clear, in any case, is that El Bulli’s cuisine is something else altogether and bets firmly on innovation.

Ferrán Adrià’s signature cuisine is based on three fundamental pillars: first, the frequent use of seasonal, regional products. Next, the use of an elaborate technique, both professional and exquisite, grounded on the full knowledge of culinary bases. Finally, profound investigation in which dishes are not only conceived but also acquire a raison d’être, not just mixing ingredients for the sake of it, but giving them a real meaning.

For Ferrán Adrià, gastronomy involves the use of all the senses. In any other cuisine, sight, smell and taste would be employed. In El Bulli, they insist we use the sense of touch, essential to appreciate textures, and also the sense of hearing, listening to the suggestive crunch of some of their dishes. Ferrán Adríâ prepares his conferences with the same care and tenderness.

El Bulli was designated the best restaurant in the world in 2006 and 2007 by an international jury of 560 chefs and as many culinary critics. Known as “the Dalí of high cuisine”, he has made it clear from the start that “I am not the least bit bothered about the business world, I just wanted to buy my creative freedom”. ESADE Business School and Harvard University have developed business cases on El Bulli and Adrià.

Portada » Conferenciantes » Ferran Adrià
Send this to a friend
This site use cookies Find out more.