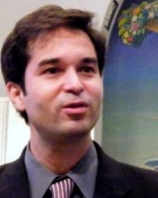 The U.S. idea is doing nothing to limit economic growth, as it will bring the key that will open the drawer of energy solutions to the climate problem

Gabriel Calzada Álvarez, founder of the libertarian think tank Instituto Juan de Mariana and Ph.D. in Economics, has been requested repeatedly by Congress and the U.S. Senate to present the results of his research on issues related to energy and the environment. In 2007, for example, Gabriel received an invitation to appear in front of the Senate and the U.S. Congress on the possibility of creating employment through subsidies to the renewable energy industry. Back in September 2008, he presented a first report pointing, from an economic perspective, that it was quite likely that they were destroying more jobs than creating them. The final report, made by King Juan Carlos University in collaboration with the Instituto Juan de Mariana, was widely reported in international media.

Throughout his career he has published scholarly articles in The Journal of Libertarian Studies, Procesos de Mercados, Asuntos Económicos, and La Ilustración Liberal, among others. He has also published over 300 articles in Spanish specialized media such as Expansion, El Mundo, Libertad Digital, La Razón, La Gaceta, Época and Washington Times and appears frequently on television and radio programs around the world.

After four years in charge of the activities of the IJM Institute, he has had a major impact in Europe, with more than three appearances per day in mass media. His work has been recognized with several awards such as the John Templeton Freedom Award, received in 2008, and the Atlas Venture Grant, obtained in 2009. He is the Chancellor of the Universidad Francisco Marroquín in Guatemala, Associate Professor of Economics at the Universidad Rey Juan Carlos and Associate Professor at the University of Segovia IE.

Portada » Conferenciantes » Gabriel Calzada
Send this to a friend
This site use cookies Find out more.