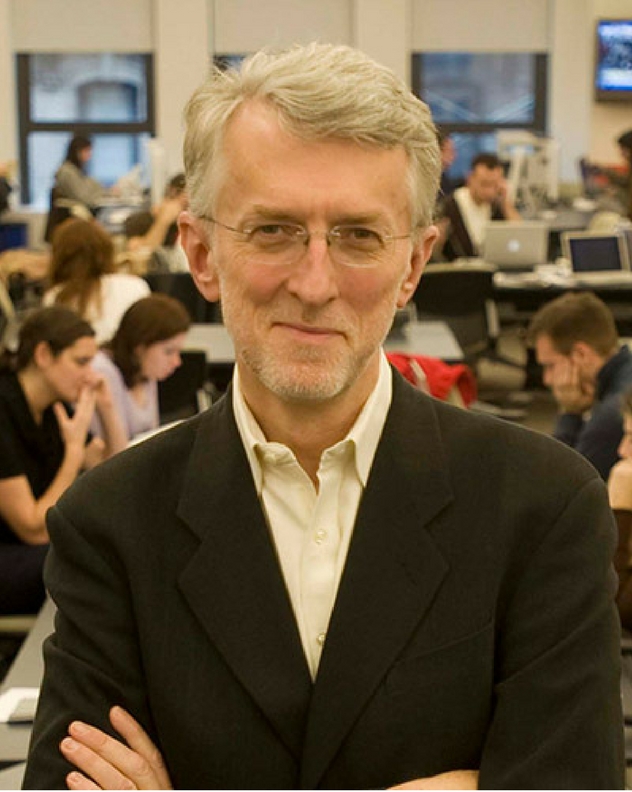 Technology Expert and Author of What Would Google dO?

Jeff Jarvis, a national leader in the development of online news, blogging, the investigation of new business models for news, and the teaching of entrepreneurial journalism, writes an influential blog, Buzzmachine.com. He is author of the books What Would Google Do? and Public Parts: How Sharing in the Digital Age Improves the Way We Work and Live as well as the e-book Gutenberg the Geek.
He has also consulted for media companies including The Guardian, Digital First Media, Postmedia, Sky.com, Burda, Advance Publications, and The New York Times company at About.com. Prior to working with CUNY, Jarvis was president of Advance.net, the online arm of Advance Publications, which includes Condé Nast magazines and newspapers across America.

He was the creator and founding managing editor of Entertainment Weekly magazine and has worked as a columnist, associate publisher, editor, and writer for a number of publications, including TV Guide, People, the San Francisco Examiner, the Chicago Tribune, and the New York Daily News. His freelance articles have appeared in newspapers and magazines across the country, including the Guardian, The New York Times, the New York Post, The Nation, Rolling Stone, and BusinessWeek.

Jarvis holds a B.S.J. from Northwestern University’s Medill School of Journalism. He was named one of the 100 most influential media leaders by the World Economic Forum at Davos.

Portada » Conferenciantes » Jeff Jarvis
Send this to a friend