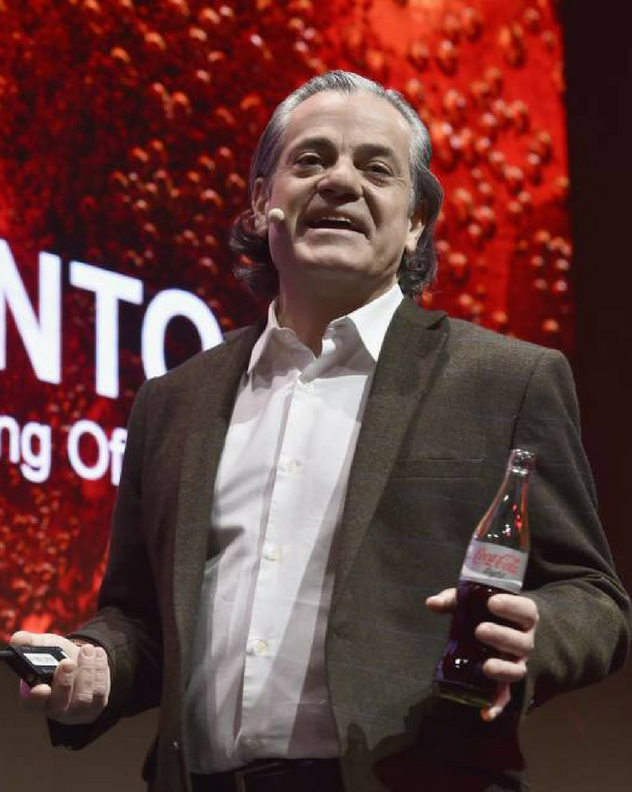 The real professionals want to break in to transform

Marcos de Quinto's professional life revolves around his time at The Coca-Cola Company. He joined the company in 1982 and, until May of 2017, he held several positions, including President of the Spanish subsidiary for 14 years, Vice President of Coca-Cola in Europe, and other positions in Germany and Asia. His last position with the most recognized brand in the world was Executive Vice President and Global Marketing Manager (CMO).

De Quinto was responsible for the advertising efforts of Coca-Cola, including the global brand strategy and the “Taste the Feeling” campaign, as well as the global re-launch of Fanta. Since 2018 he has served as Senior Advisor to the new CEO.

Thanks to his 35 years of experience leading the marketing efforts of Coca-Cola, De Quinto addresses in his lectures various aspects related to business strategy, people and team management, and the trends in the fast-moving consumer goods (FMCG) industry.

Marcos de Quinto has been a member of the board of directors of various companies such as Grefusa (snacks), Refrige (bottling company in Portugal), Mutua Pelayo (insurance), Telepizza (a pizza chain brand bought by Pizza Hut in 2018) and Ecoembalajes Spain (packaging), where he served as President from 2008 to 2012. He has also been President of the Spanish Association of Advertisers, the American Business Council and the Club of Juries for the Advertising Efficiency Awards (EFI), as well as several other associations and foundations in which Marcos De Quintos brings his expertise in the advertising, consumer goods, and food and beverage industries. He has been awarded numerous recognitions in Spain and internationally.

Besides being a great opera enthusiast, he enjoys producing his own wine, his own honey and traveling through the desert with his 4x4, a hobby that he has practiced since he was 18 years old and that has led him to participate in three Dakar rallies and in three other Africa Eco Race rallies. His cheerful and rebellious character has caused numerous headaches to his company, never hesitating to say the truth through his personal Twitter account in which he describes himself as a “Pirate. I sail without a flag. I do not pretend to convince you of anything, perhaps make you doubt what you believe.”

Political consultant of leaders and governments in LATAM

Portada » Conferenciantes » Marcos de Quinto
Send this to a friend
This site use cookies Find out more.