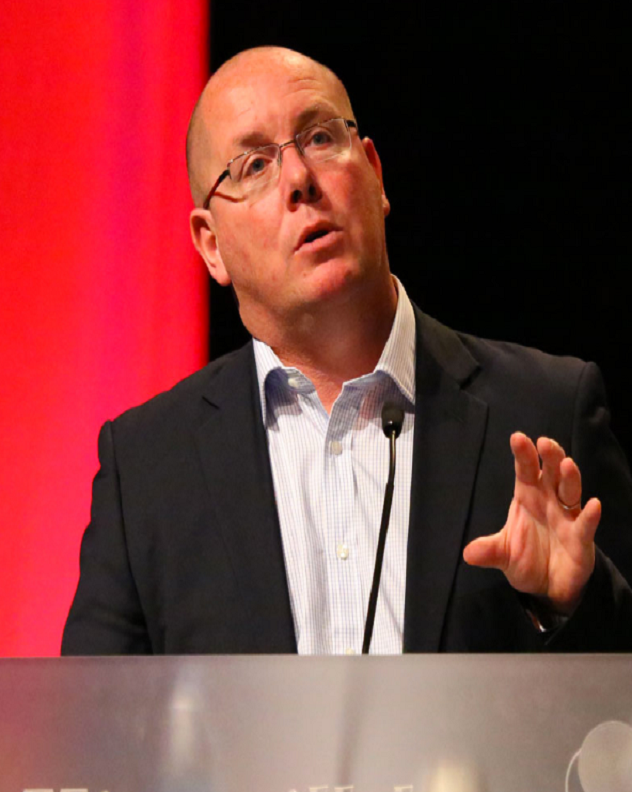 Nick Leeson was Barings Bank’s whiz kid in the Futures Market on the Singapore Monetary Exchange (SIMEX) during the early 90s. While he made it look like he was earning millions to the royal bank, as a rogue trader he was actually incurring huge losses that ended up effectively bankrupting Barings Bank. Battling against cancer, Leeson served prison time in Singapore and returned to the UK, where he was appointed CEO of the Galway United Football Club, a position he held until his resignation in 2011.

As a keynote speaker, Leeson explores openly his own story surrounding the collapse of Barings Bank and uses it as a starting point to address the human factor still present in the major banking and financial scandals. Despite the new role of technology in risk management, human error and poor judgement are still at the core of major failures, a factor affecting all sectors and that makes Leeson’s conferences valuable for all. Moreover, not only does he address key topics regarding the management of large companies and organizational culture but also explores the impact of stress and mental health in wellbeing and personal conduct.

Nick Leeson started his career as a clerk at Coutts Bank in the mid-80s, and soon landed a position at Barings’ trading floor. Shortly after, Leeson was appointed manager of operation in THE Futures Market on the Singapore Monetary Exchange (SIMEX). His London bosses trusted his work as he was reporting great profits and claimed to make all transactions on behalf of a client. However, Leeson was acting as a rogue trader and hid all his losses in the 88888 error account, an account formerly set up to cover another’s team member mistakes. As Leeson’s losses grew, he asked for extra funds in an attempt to clean up his financial mess. Before long, Barings Bank executives discovered what had happened and informed the Bank of England that the bank was bankrupt: this is how Leeson, singlehandedly, destroyed the 233-year-old royal bank.

In 1995, after having tried to escape a prison sentence in Singapore by fleeing to Europe, he was finally arrested in Germany and returned to Singapore where he was sentenced to serve six and a half years. At this time he was diagnosed with colon cancer and ALSO divorced his wife. When he was released from prison in 1999, he returned to the UK where he was effectively homeless: having left behind the luxurious life he had while being a broker. This was when he wrote his first book, which was turned into the movie “Rogue Trader” starring Ewan McGregor. In 2001 he took a Psychology degree firmly believing stress plays a major role in our health and that by applying communication and positivity strategies people can adapt and endure any hardships.

In 2005 Leeson published his second book “Back from the Brink, Coping with Stress” co-written with Psychologist Ivan Tyrell. In the same year he was ALSO appointed Commercial Manager of Galway United Football Club, in 2007 was promoted to CEO, a position he served until his resignation in 2011. Since 2011 he has been a prolific public speaker sharing his incredible story with audiences around the world.

Portada » Conferenciantes » Nick Leeson
Send this to a friend