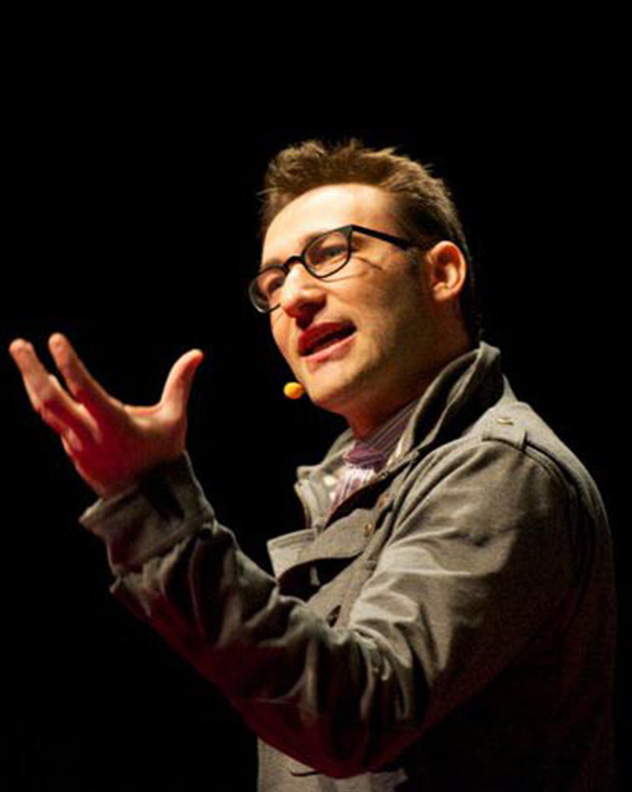 Simon Sinek is an unshakable optimist. He believes in a bright future and our ability to build it together. Described as “a visionary thinker with a rare intellect,” Sinek teaches leaders and organizations how to inspire people. With a bold goal to help build a world in which the vast majority of people go home everyday feeling fulfilled in their jobs, Sinek is leading a movement to inspire people to do the things that inspire them.

A trained ethnographer, Sinek is fascinated by the leaders and companies that make the greatest impact in their organizations and in the world, those with the capacity to inspire, he has discovered some remarkable patterns about how they think, act and communicate and the environments in which people operate at their natural best. He has devoted his life to sharing his thinking in order to help other leaders and organizations inspire action.

Upcoming books include ""Find Your Why: A Practical Guide to Discovering Purpose for You and Your Team"", coming out late 2017.

Simon is also best known for popularizing the concept of Why in his first Ted Talk in 2009. It has since risen to the third most watched talk of all time on TED.com, gathering 31+million views and is subtitled in 45 languages.

Sinek’s unconventional and innovative views on business and leadership have attracted international attention and have earned him invitations to meet with an array of leaders and organizations, including: Disney, jetBlue, MARS, SAP, KPMG, Pfizer, NBC, government agencies and entrepreneurs. Sinek has also had the honor of sharing his ideas at the United Nations, the United States Congress and with the senior leadership of the United States Air Force, Marine Corps, Army and Navy, as well as Special Forces Agencies.