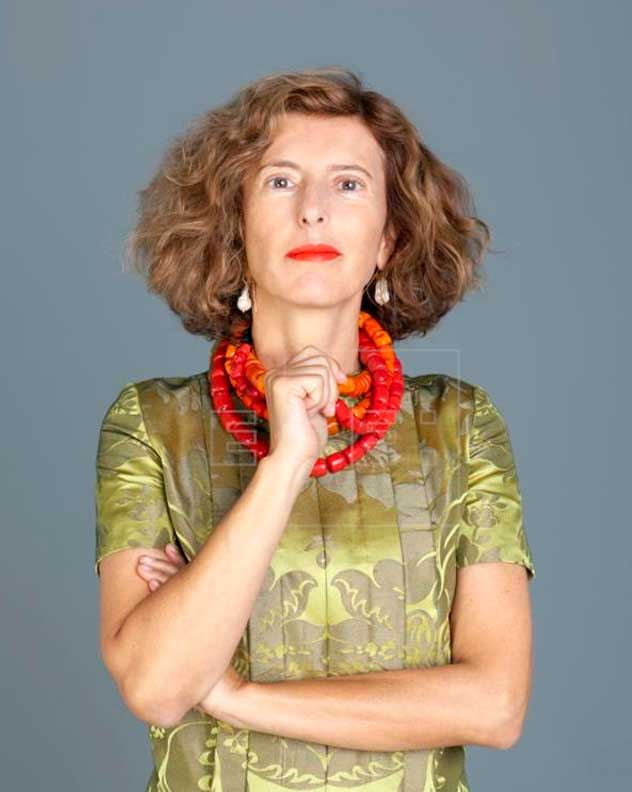 Creativity and InnovationLeadershipTalent and Personal Development

Teresa Sapey founded her own architecture studio in Madrid in 1990 and since 1999 she has been a member of RIBA (Royal Institute of British Architects, London). Since participating in the first world congress of Commercial Workspace Architecture in 1989, Teresa has been invited to give lectures and talks all over the world.

As a passionate professional and a highly creative artist, Teresa Sapey transmits that passion in her lectures, where she eloquently and amusingly advocates innovation in artistic creation.

Her extensive experience ranges from the design of hotels, houses and apartments to commercial and retail spaces, as well as brand experiences, offices and parking lots, among others.

In 2019, with the support of the United Nations International Women's Forum, she helped develop design through traditional arts and crafts in Colombia.

In 2004, Teresa participated in the Puerta de America Hotel project in Madrid, along with other architects such as Zaha Hadid, Norman Foster, David Chipperfield, Jean Nouvel, Ron Arad and Arata Isozaki. In 2005, she won the award for best store design in Madrid with Custo Barcelona. In 2008, Teresa designed the world's first ecological and sustainable parking lot, located in Valencia, where she incorporated electric vehicle recharging stations. More recently, Teresa has designed two international hotels, one in Rotterdam for Room Mate Hotels and one in Marseille for NHOW.

Magazines such as AD, Wallpaper and ELLE have published her work both nationally and internationally. In addition, Teresa has also published two books of her own work with Electa Mondadori; Sapore Sapey in 2004 and Sapone Sapey in 2009. Teresa has also been awarded with prizes such as the "Wallpaper Young Breakthrough Designer of the Year" in 2007 and the "Women Together" awarded by the United Nations in 2008.

A graduate of Architecture from the Polytechnic University of Turin, she completed her training in Paris with a degree in Fine Arts from the Parsons School of Design, specializing in design, development and ergonomics in the workspace.

Portada » Conferenciantes » Teresa Sapey
Send this to a friend
This site use cookies Find out more.