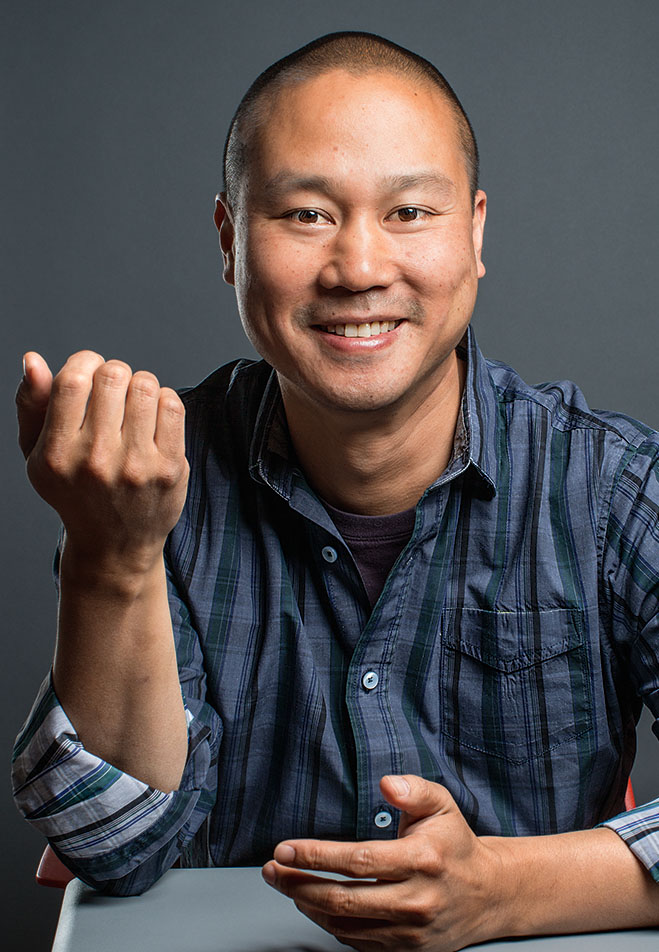 Founder of Zappos and Author of Delivering Happiness

A venture capitalist and an American internet entrepreneur, Tony Hsieh became one of the early risers when his internet agency network LinkExchange (co-founded) was bought by Microsoft. In his early 40s, he is an example of success via quality hard work. He is also the CEO of Zappos- an internet retailer focused on shoe and clothing with a distinct company culture. He has also penned down a book titled Delivering Happiness and has invested in several startups.

He attained his degree in computer science in the year 1995 from Harvard University, and he landed a job in Oracle. It was one of the dream jobs anyone could have. He, though, left the job in six months because he didn’t understand the company culture and didn’t want to be part of the corporate line-up. He founded an advertising network LinkExchange. The idea was to advertise the sites of those interested in LinkExchange website. It worked, and the first 30 clients came via emails. 20,000 web pages participated within first 90 days. The banner ads of theirs were displayed over 10 million times. With 400,000 members and 5 million ads being rotated daily by 1998, it was a huge success. It was sold to Microsoft for 265 million USD in November, the same year.

Based in Las Vegas, Nevada, Zappos is an online shoe store and clothing company. It started with the idea of selling shoes online – the idea hitting founder Nick Swinmurn when he failed to find a pair of brown shoes in the local mall. He contacted Hsieh and Alfred Lin with the idea. Hsieh was sceptical and didn’t understand why someone would buy shoes online until he was made to realize that 5% of buyers were already doing, and the market size is 40 billion USD.He and Lins invested 2 million USD through Venture Frogs. Under the domain name of ShoeSite.com, the company was launched in June in the same year. The name was changed to Zappos (taken from zapatos- Spanish for shoes). Zappos was allowed in the office of Venture Frogs, and were given an additional funding in the year 2000. Around this time, Hsieh began having fun with Zappos, its working and management. He went on-board as co-CEO with the founder Nick. They showed a revenue of 1.6 million USD in 2000. The sales zoomed to 8.6 million USD the following year and Zappos finally had made their mark. In July of 2009, Zappos announced its plan to join the Amazon.com family, and in November of 2009, the acquisition became official. This partnership not only represents a shared goal of offering the best customer service possible, but also provides Zappos the opportunity to grow while staying true to its culture and roots.

Tony Hsieh Learns Culture Is Job One at Zappos

Portada » Conferenciantes » Tony Hsieh
Send this to a friend
This site use cookies Find out more.