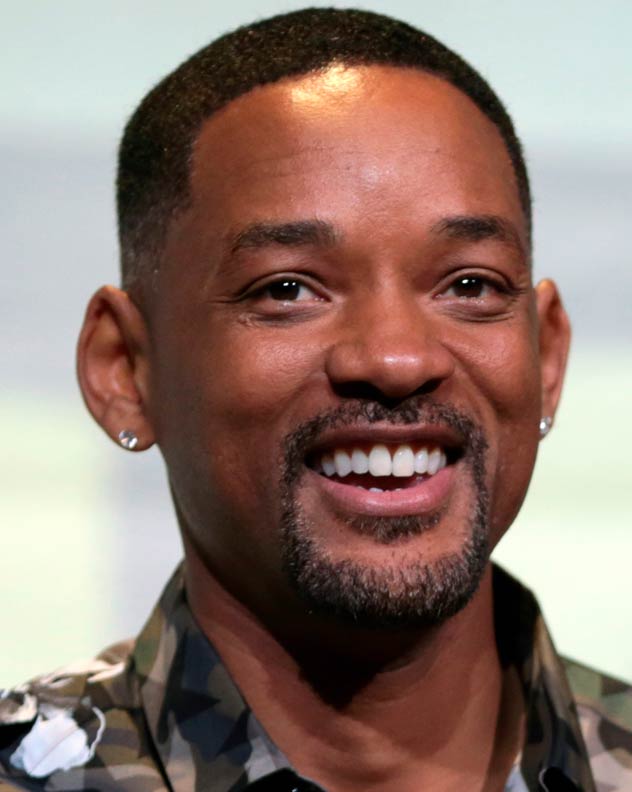 Will Smith's most iconic titles include "Ali", "The Pursuit of Happyness", "Hitch", "Concussion", "I am legend", "I, Robot", "Independence Day", the saga "Men in Black" and "Suicide Squad". Recently he brought to life the charismatic character of Genius in Disney's live action movie "Aladdin" (2019). More than 11 million viewers watched his film "Bright". Will Smith has been nominated for multiple and prestigious awards, including five Golden Globes nominations. Also, in his musical facet he won a Grammy award in the rap category.

Will Smith began his career as a musician selling millions of records worldwide as a successful rapper, which allowed him start a career in television with the popular show "The Prince of Bel Air", which became a phenomenal success globally. In 1998, he and his partner James Lassiter founded the production and management company Overbrook Entertainment, which has produced numerous films and television projects. Will Smith has been considered by the prestigious Forbes magazine as the most fundable star in the world.

In addition to his artistic accomplishments, he also founded the Will & Jada Smith Family Foundation with his wife. WJSFF is a non-profit philanthropic organization committed to improving lives and investing in organizations and initiatives that empower traditionally ignored communities. Other members of his family also enjoy great popularity, such as his children Jaden and Willow Smith.

Portada » Conferenciantes » Will Smith
Send this to a friend
This site use cookies Find out more.